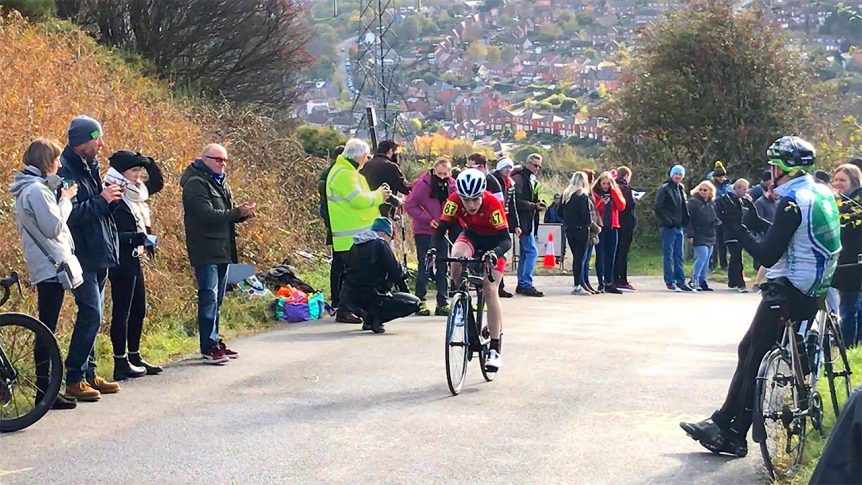 Charlie Knowler has brought the National Hill Climb Championships back to West Suffolk for the second time with a terrific win on the tough Pea Royd Lane near Sheffield. Riding in the Age 14 category, this is Charlie’s second win in the competition having taken the Under 12 title in 2016.

The Hill Climb was originally due to take place at Shelsley Walsh in Worcestershire, but had to be moved with just one month’s notice. CTT and the new organiser, DIW Wheelers, did a superb job in organising this fantastic event in such a short time. Despite the event moving from Worcestershire to Sheffield, entries were still vastly oversubscribed. It was a tense wait for Charlie to find out if his entry had been accepted, with only 20% of places allocated to competitors under 18 years.

After a mild week, the weather had turned colder for the weekend of the event, but stayed bright for most of the day. Charlie had a dry run at the course, but there was some rain and even a 5 minute hail storm for a few unlucky adult riders towards the end. 300 competitors were cheered up the testing 0.5 mile (0.76 kilometre) climb by enthusiastic supporters who lined the road. The course has an overall average gradient of nearly 16% but sweeps straight into a challenging 20% climb right from the start. After that initial steep gradient there’s a very short respite before it hits 20% again. The great buzz of excitement from the crowds kept the competitors pushing round a tight, steep left hander and up onto the open moor for the drag to the finish.

Charlie won his age category (14 years) with a time of 3:39.1. The overall winner, senior rider Andrew Feather, broke the course record with a time of 2:18.8. 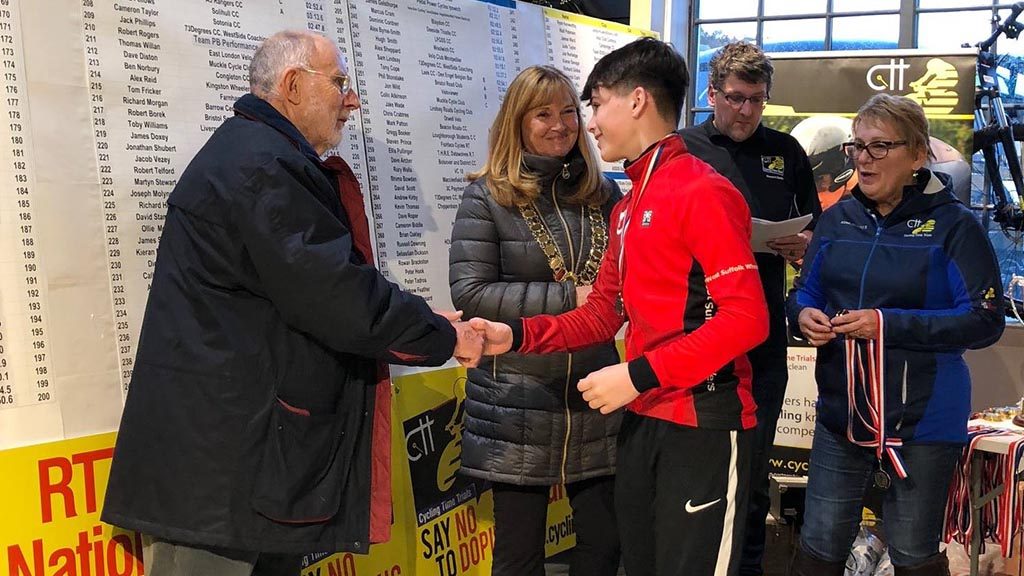