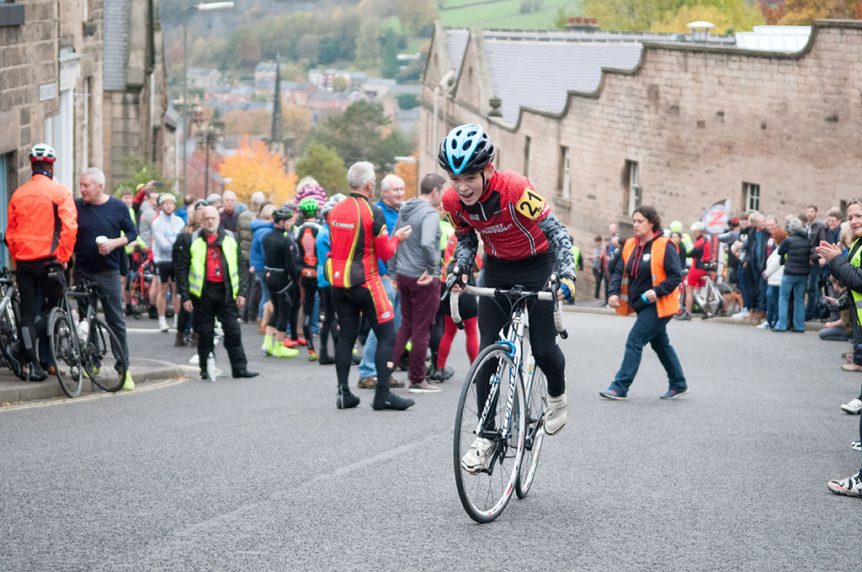 The Wheelers have a National Champion in our midst! Charlie Knowler, was the 12-year-old age group winner at the National Hill Climb Championships in Matlock at the end of October.

Tackling the fearsome Bank Road in Matlock,  Derbyshire, Charlie rode the course in an impressive 04:49.9. The course climbs 115 metres in just 1km, and peaks at 20% at its steepest.

Charlie’s Mum Jackie said: “It meant the world to Charlie to take part in the event – he described it as feeling like the Vuelta as the crowds cheered the cyclists up the gruelling Bank Road hill:-)”. Jackie also wanted to pass on their gratitude to Neville and everyone involved in the Thursday TT series over the summer. She says: “everyone made Charlie feel very welcome and those Thursday evenings were tremendously motivating“.

There was a huge round of applause at the Club Monthly meeting when the result was announced and everyone sent hearty congratulations to Charlie for his terrific effort. Charlie has been invited to CTT’s Champions Night next month to be presented with his award.