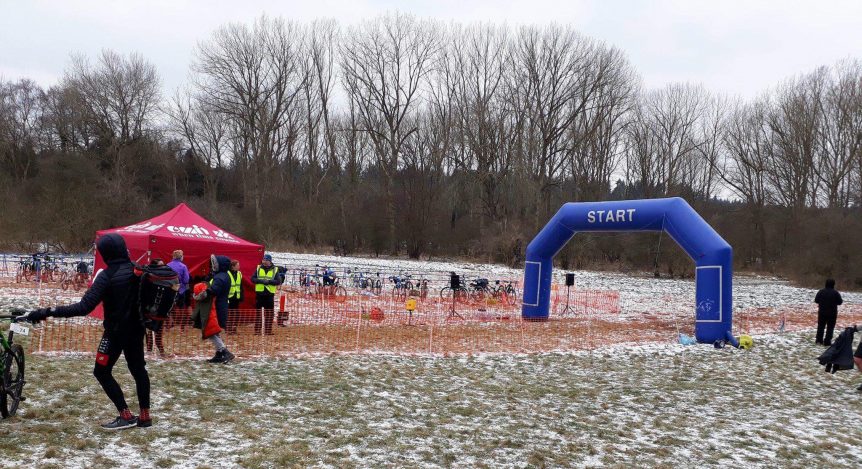 Duathlon report Mud and Mayhem Santon Downham
Almost certainly the coldest multi sport race I, Ray, have ever done. Three layers of Lycra, and a thin jacket, combined with leggings and a large pair of gloves seemed to be just right!!  Conditions overall were not too bad underfoot or on the bike, with only a few really muddy sections and a small area of road to T2 which was iced coming up to the dismount line.
Run 1 (5k)was steady to retain some legs for the bike section, although due to high winds the day before there were some fallen trees to hurdle !  T1 was nice and smooth with my bike being placed on the end of a rack, for the first time ever, even I could find it with no problems. On to the bike and once under a low bridge covered in icicles we were out into a testing course of fire tracks and muddy single track sections, for two laps of 9 km. Into T2 and the main issue was cold fingers trying to undo helmet straps. Run 2 (5km) was a little slower than I would have hoped for but with some vicious head winds, and nobody near, in front or behind to push me,  not surprising really. Finished 4th in cat. 1:32:23 21st overall .
Also racing were Malcom Macfarlane 9th in cat 1:39:40, and Lesley Linden 2:08:38 3rd in cat .
Julie Reeves was racing in the 10k canni cross race placing in 4th in cat just missing out on a 3rd by a couple of seconds. Anna Street came in 2nd in cat , racing in the 5km canni cross event. 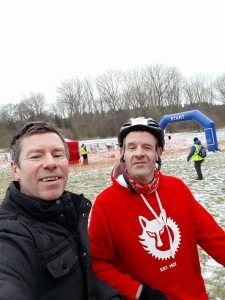