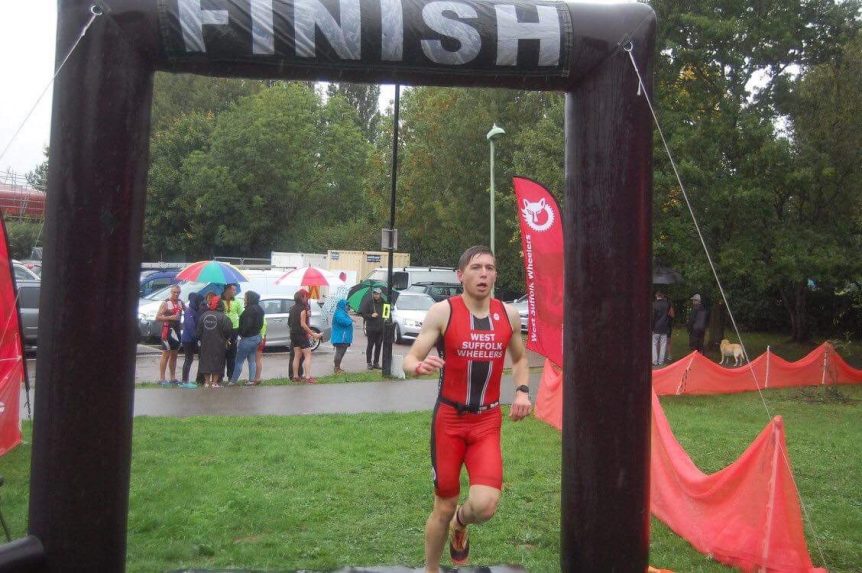 The West Suffolk Triathlon 2018 on Sunday 23rd Sept was a huge success despite inclement weather. It was the eighth year at Stowmarket Leisure Centre with 250 preregistered competitors. There were very few deterred by wet and windy conditions and the event attracted some brilliant talent.

The sprint series event comprised of a 300 meter swim, 12 lengths of the 25meter pool, a 21km single loop bike route and a new 5km run course on an “out and back” 2.5 km route of public footpaths, mixed surfaces including a grass section which became steadily more slippery as the race progressed.

In previous years the weather on race day has always been perfect. Forecast heavy rain arrived as predicted and was sustained throughout the day. Fast riders exercised due discretion and serious injuries were avoided.

Fastest male on the day went to Tom Miller coming home in amazing 54 minutes and 12 seconds and fastest female was Jessica Prior in 59:53.

The traditional support from local Triathlon clubs was maintained, but a special vote of thanks goes to TRISudbury who appeared to muster practically their entire squad! 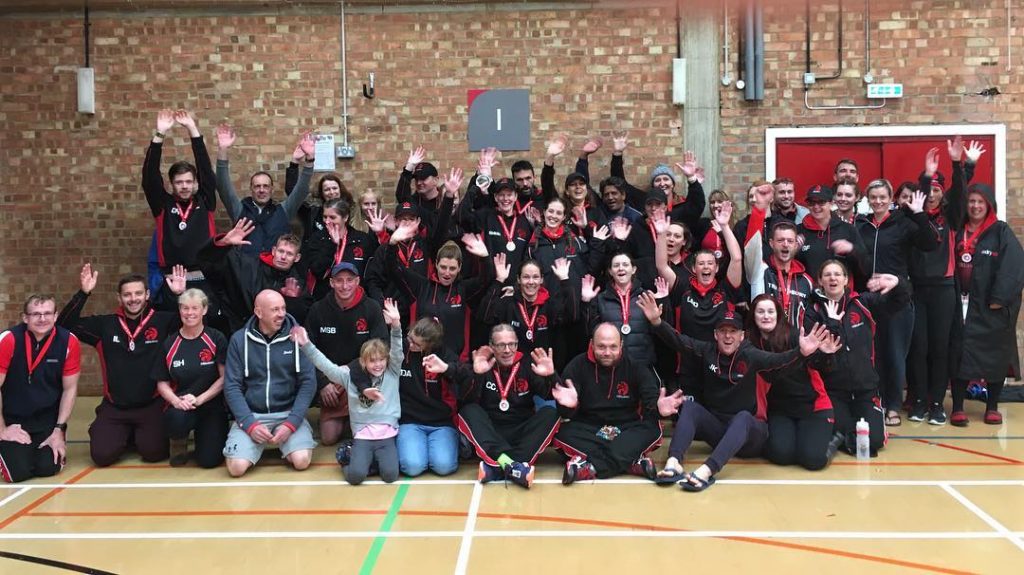 A huge vote of thanks goes to the Triathlon Committee for all their efforts in making this event possible, but a special mention to Race Director Sam Jackson. Sam took over running this event having only been a member of the club for barely 3 months and has now delivered a second edition in pretty testing circumstances – thanks Sam!