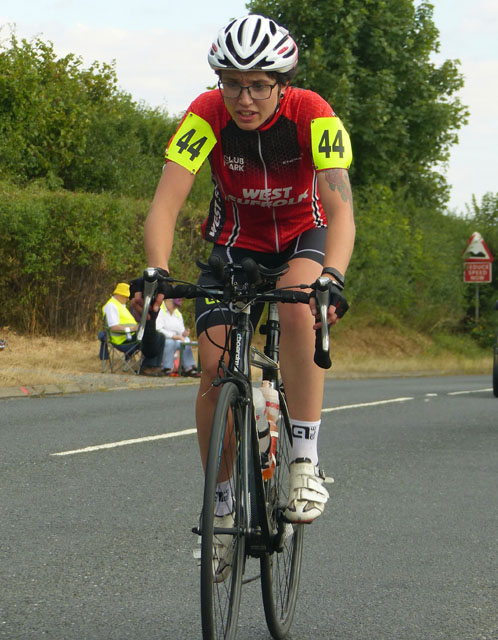 West Suffolk Wheelers & Triathlon Club’s summer time trial season continues towards the conclusion of another successful and enjoyable series, with a full programme of events keeping riders busy over the weekend.

By far the stand out effort of the weekend came from 22-year-old Zoila Gilham-Fernandez. In only her second full season of time trialling with the club and coming very soon after her gruelling shift as part of a 4 strong team which attempted the notorious Race Across America, Zoila took on for the first time the demanding ECCA 12 hour time trial on Sunday 15th Aug.

Held on the E2/12h course over sections of the A11 and A505 stretching between Red lodge and Melbourne, Zoila set off on her own personal marathon from Gt Chesterford at 5:44am with the aim of riding as far as possible in the allotted time.

Assisted by a dedicated band of supporters, Zoila’s provisional result was a mammoth 205 miles completed, all the more remarkable given the frequent stops she took in order to take on sweet snacks to maintain blood   sugar levels as part of the managing of her Type 1 diabetes.