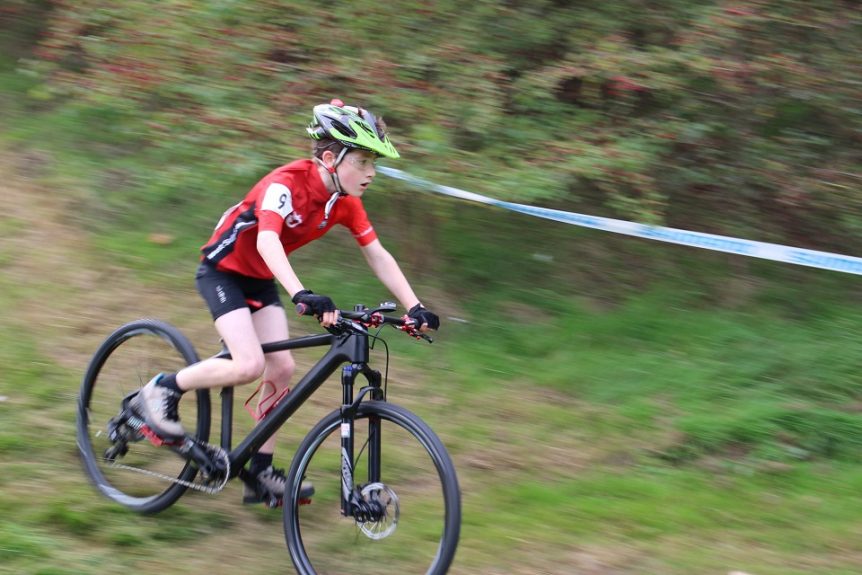 Well done to Matthew Blackwell, finishing 5th in his CX debut in the U8 race at Springfield Cross in Chelmsford on Sunday. Caris Gregory has moved up to the U10 and is still performing well. Just 8 seconds separated Tommy Dickson (pictured) and Sam Brook as they had a good battle in U12. Harley Gregory has also moved up an age group this year, but still led from the first lap the U14 to win the U14. Alex Cooper also rode well in the Youth category. Laura Brown  was 3rd in the women’s race and Barry Denny 8th in the Vet60+.