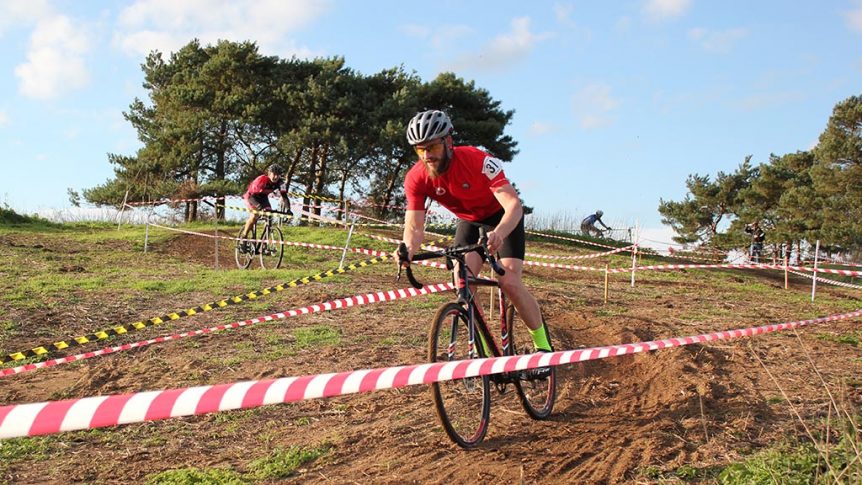 Giles Prime and his team delivered a great day of racing at Saturday’s West Suffolk Cyclo-Cross. The bright weather brought out the crowds and while the dry, benign conditions might have disappointed the CX purists, the course provided a stern test for the riders. Cut from the former waste site next to West Stow Anglo Saxon Village, the course was a mix of rough grass, gravel and tarmac, with a tricky sandpit thrown in for good measure.

Extensive work in the run up to the weekend, followed by set-up crews working all day Friday and from 6:30am on Saturday created 1.6 miles of fully taped course and it all looked a picture. With the marshalling crews in place the first race, the Under 10s, got underway at 10:00 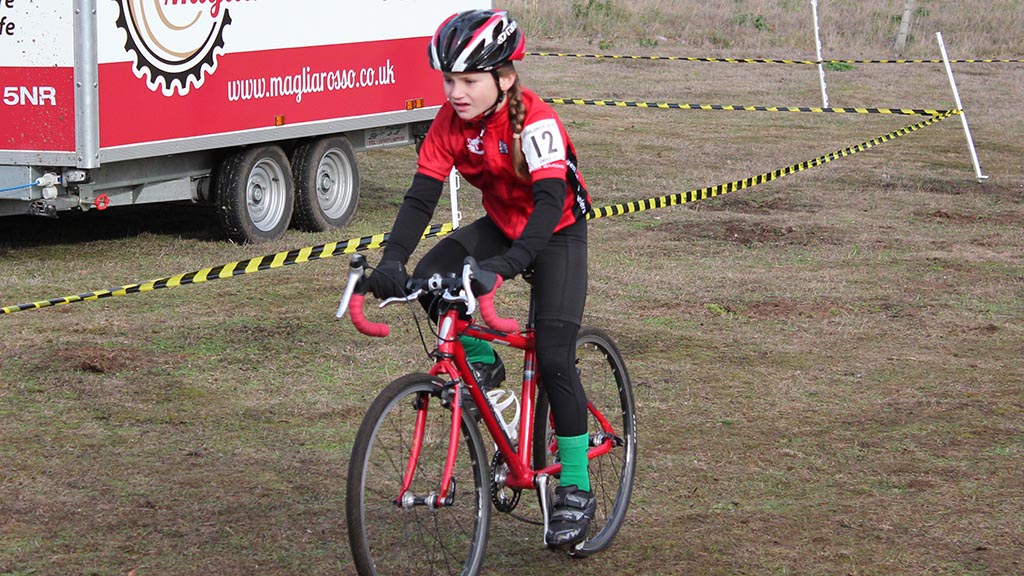 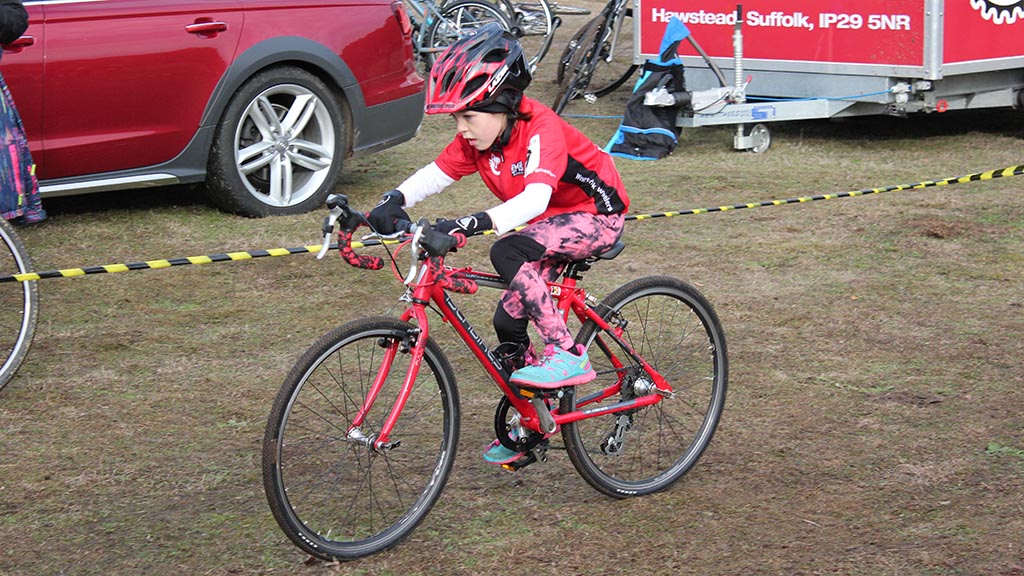 Caris Gregory and Ella Stewart were the Wheelers representatives in the Under 10s. Caris continued her good early form to take second place U10 girl behind Abbey Thompson of Ipswich Velo, with Ella occupying the last spot on the podium in third place. Charlotte Bradshaw of Cambridge CC took the victory in the U8 girls race, just 11 seconds ahead of Erin Stewart who put Wheelers red onto the 2nd step of the podium. The final Wheeler in this first race was Matthew Blackwell who finished 6th in the Under 8s. Logan Ayers of CC Ashwell (U8) and Billy Tomlinson of Lee Valley U10) were the boys winners of their categories. Special Mention to little Noah Wilson who showed true grit to finish on his balance bike! 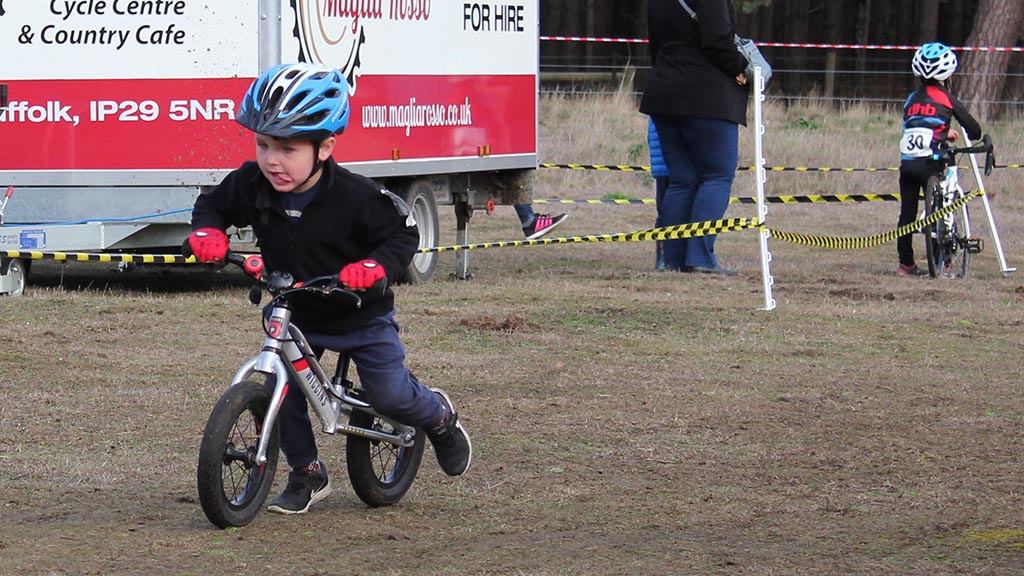 Noah Wilson Sprints for the Finish

There was a keen battle in the Under 12s as Tommy Dickson pushed Sam Brook all the way before Sam finally gapped him on the last lap to take 11th place and Tommy 14th. Sam Blackwell had already built a 20 second gap from Tommy and Sam on lap 1 and held that all the way to the line to come in third. The U12 race was won by Finlay Woodliffe of Welwyn Wheelers, while Emily Miller of Cambridge CC was the U12 girls winner. 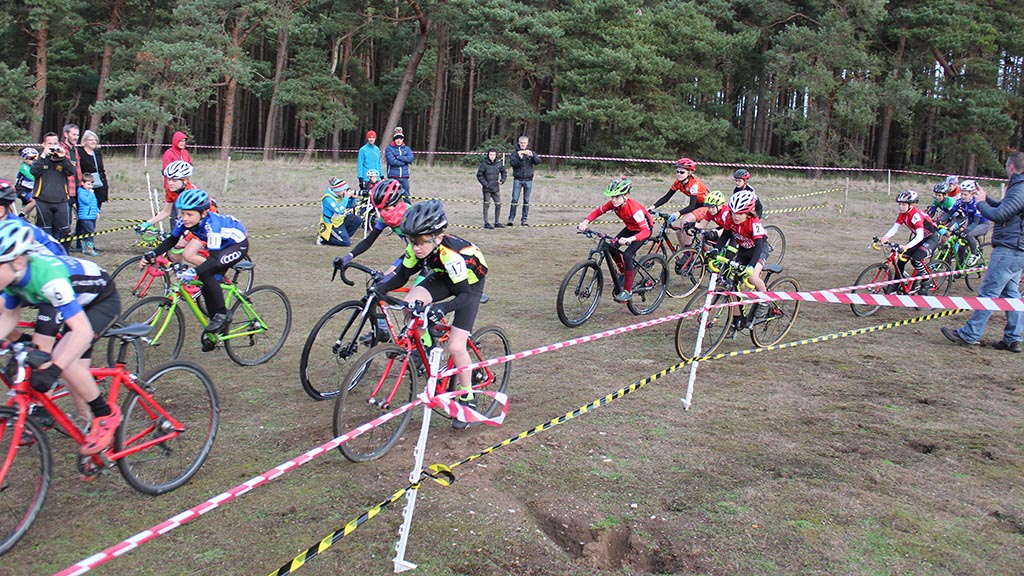 Tommy Dickson and Sam Brook Race into the First Corner

The course was now opened up to the full 1.6 mile circuit for the Youth race. Euan Woodliffe of Welwyn Wheelers won a tight fought race to clinch victory in the Youth, with Wheeler Alex Cooper finishing in mid-field. Harley Gregory and Matthew Waller rode for the Wheelers in the U14 category. Harley was a strong 5th behind winner Yani Angelo Djelil of Team Darenth and Matthew placed 19th. Bethany Barnett of Kings Lynn CC was the first Youth girl home and Carys Lloyd of Lee Valley first U14 girl. 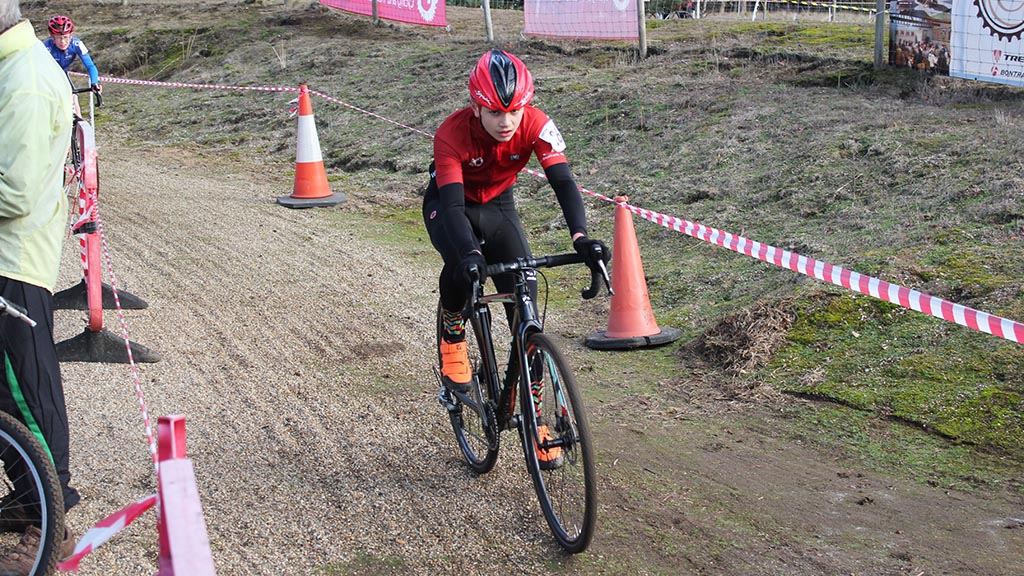 There were plenty of Wheelers in the Vet 50+ race. Paul Watson was a strong competitor with a terrific 7th place in a very strong field. Peter Golding gave it everything and narrowly missed out on a podium spot in the 60+ while Barry Denny was digging just as deep for his 9th place. 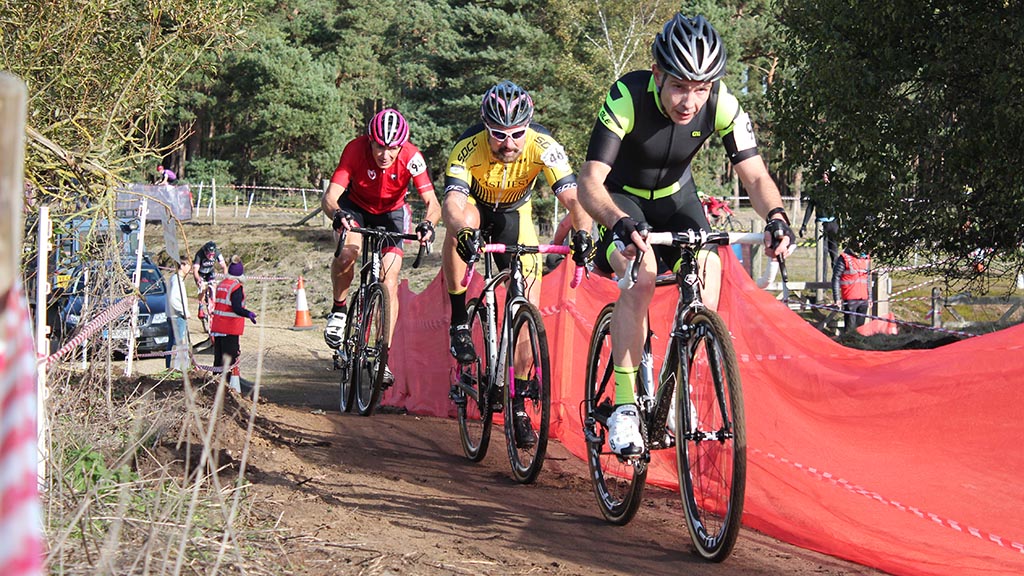 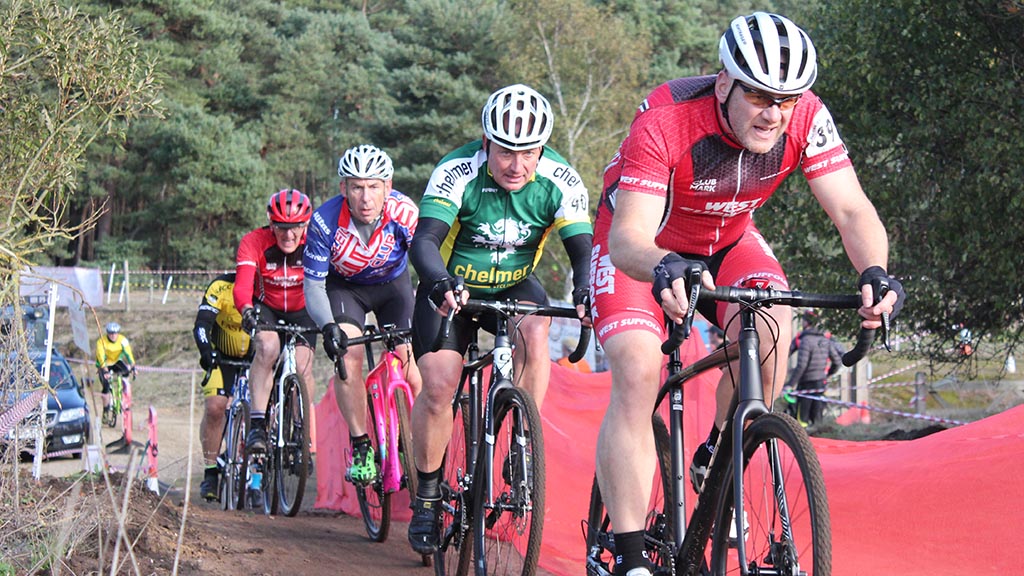 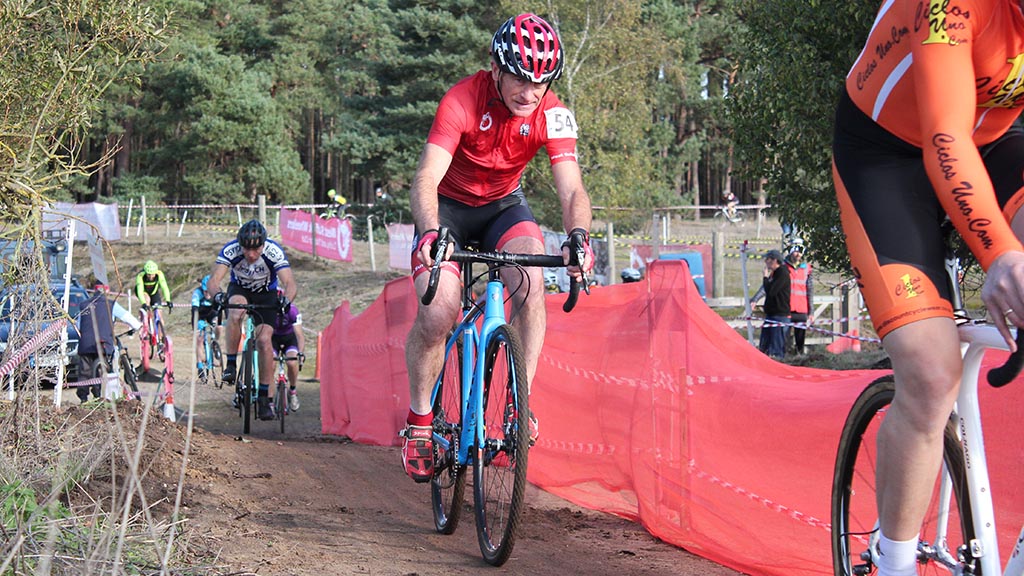 Determination All Over Peter Golding’s Face

There were several Wheelers fighting it out for bragging rights in the midfield of the Vet 50 race and Adi Grimwood can claim that dubious honour ahead of Nick Rush, Karl Hale and Paul Sawyer. The overall victories went to Jimmy Piper of Renvale VT (Vet 50+) and Geoff Bores of Ford Cycling Club (Vet 60+). Clive Tricker of Ipswich BC was the only rider in the Vet 70+, but he still beat over a dozen of the younger men in the field.

Laura Brown managed 6th in the Women’s race and Nikki Feabes 11th. Megan Free was the fifth Wheeler of the day to occupy the podium with a 3rd place in the Junior Women’s race. Lauren Higham of LIV AWOL was the Junior Women winner ahead of Gemma Melton of Pedal Power Cycles who won the Senior Women. 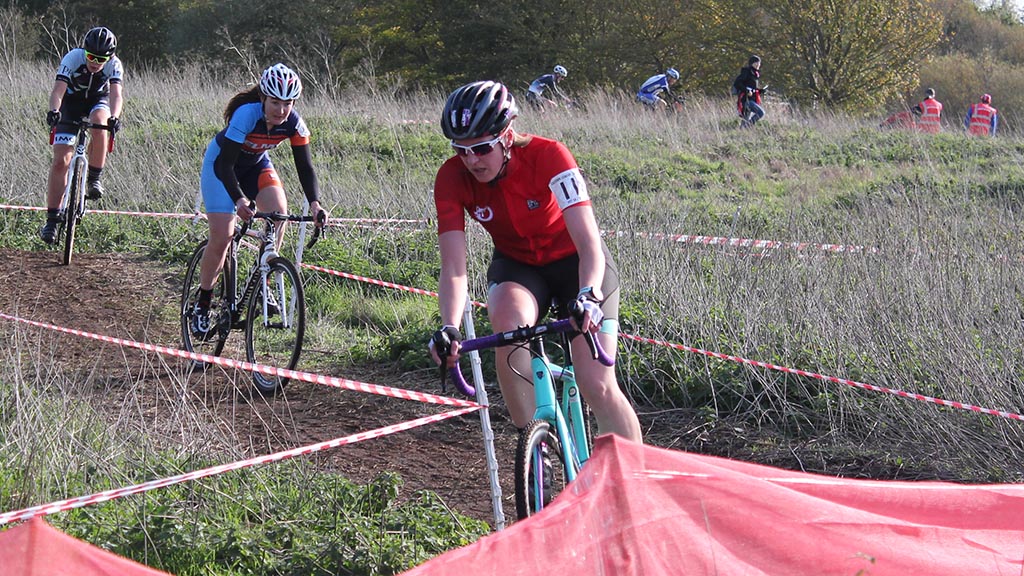 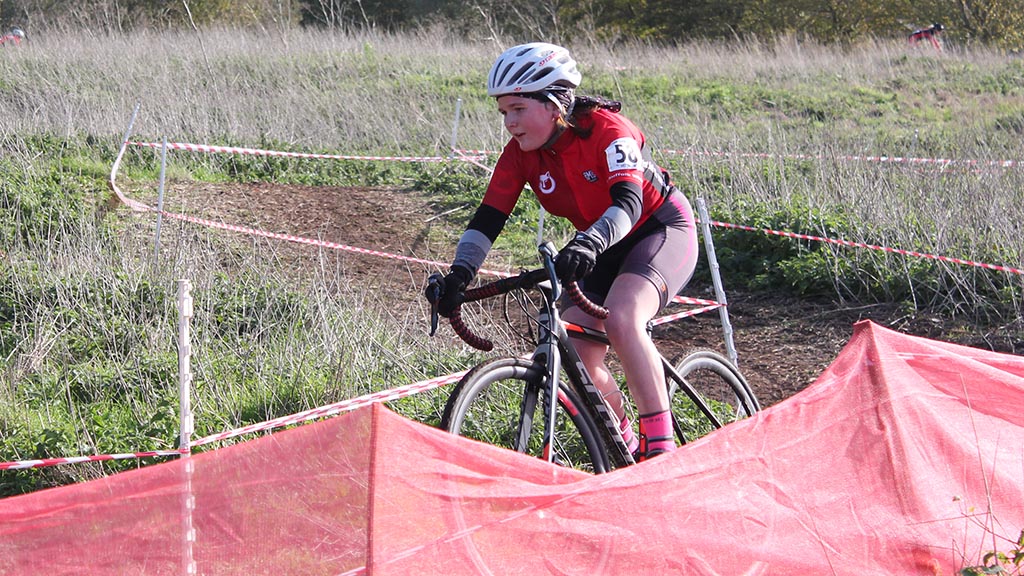 Megan Free on Her Way to the Podium

The largest field of the day came in the Vet 40+ race, with 72 riders taking part. Six Wheelers took to the start line and despite a strong start, Matt Denny faded in the final laps allowing
Matt Shingleton to push past and come home in 19th place. Matt’s 19th was some 7 minutes behind race winner Matthew Webber of Forest Side Riders. The Forest Side Riders never looked troubled as they completed a clean sweep of the podium – a full minute ahead of 4th place. 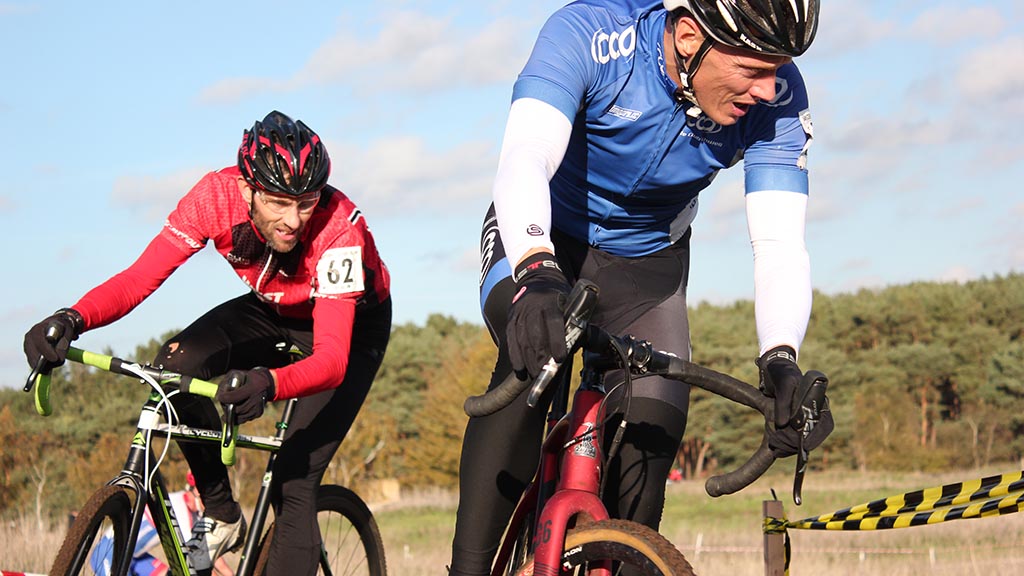 Matt Shingleton Closing in on His Next Scalp 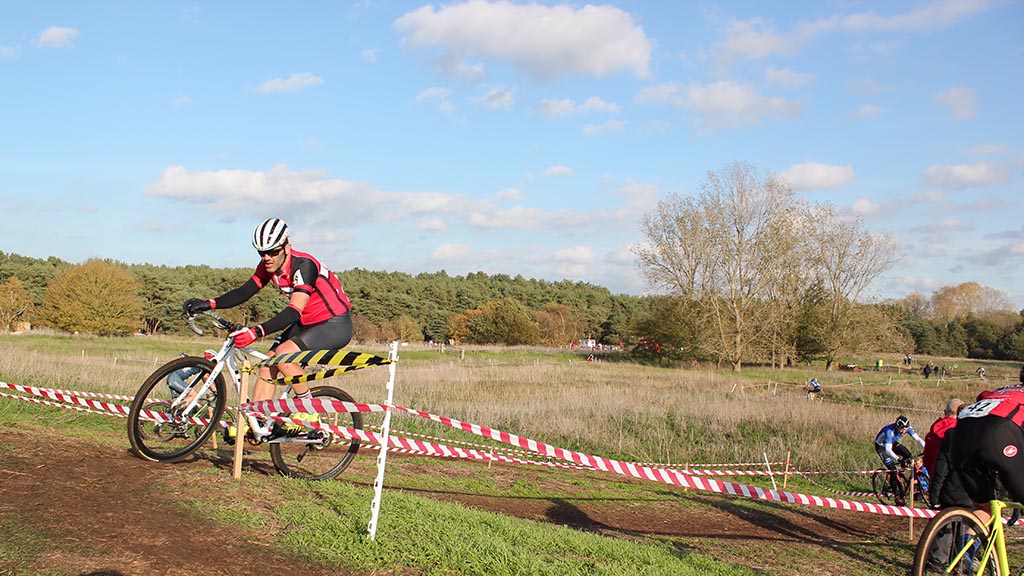 There was bad luck for Stephen Brook who was riding well but had a DNF on the last lap. It was clear that James Holiday-Scott (main picture), Darren Sharman and Andrew Waller were putting their heart and soul into their efforts, even if that didn’t translate into high placings. A competitive field and a deceptively tough course taking its toll. 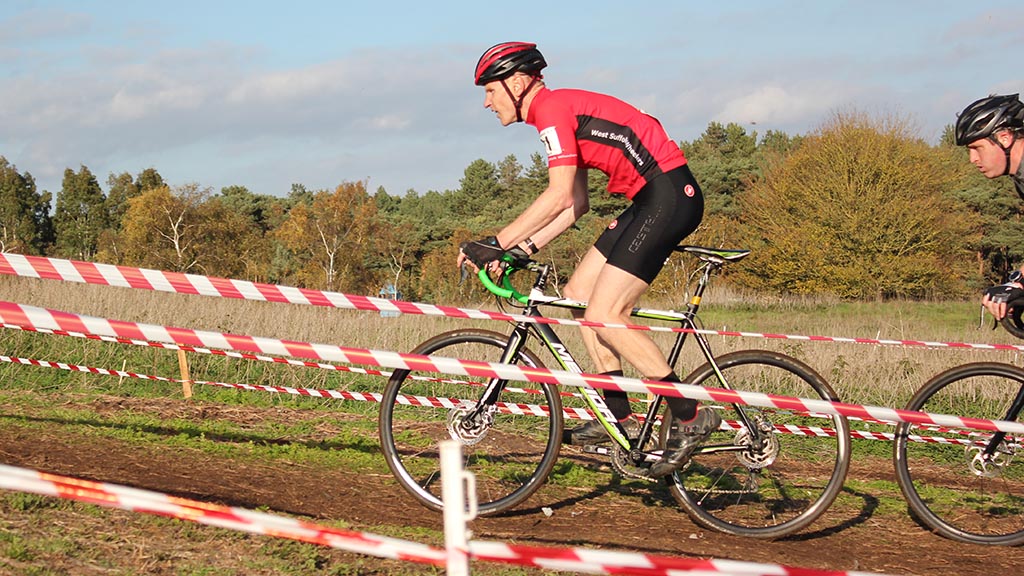 The final race of the day, the Senior & Junior categories were won by James Madgwick of Bloodwise QSW (Senior) and Jack Parrish of Team Vision Innovative Leisure (Junior). With no Wheeler Juniors in the race it was left to Scott Williams, Cliff Bailey and David Young to carry the flag in the Senior category. Triathlete Scott showed his versatility and grit, but wasn’t able to stay with his rivals. David Young also showed determination as he tackled the course on his mountain bike, but the advantage of the dedicated cross bikes showed and he was off the pace. Cliff managed to pull out a couple of minutes on David in the battle of the last Wheelers on the course. 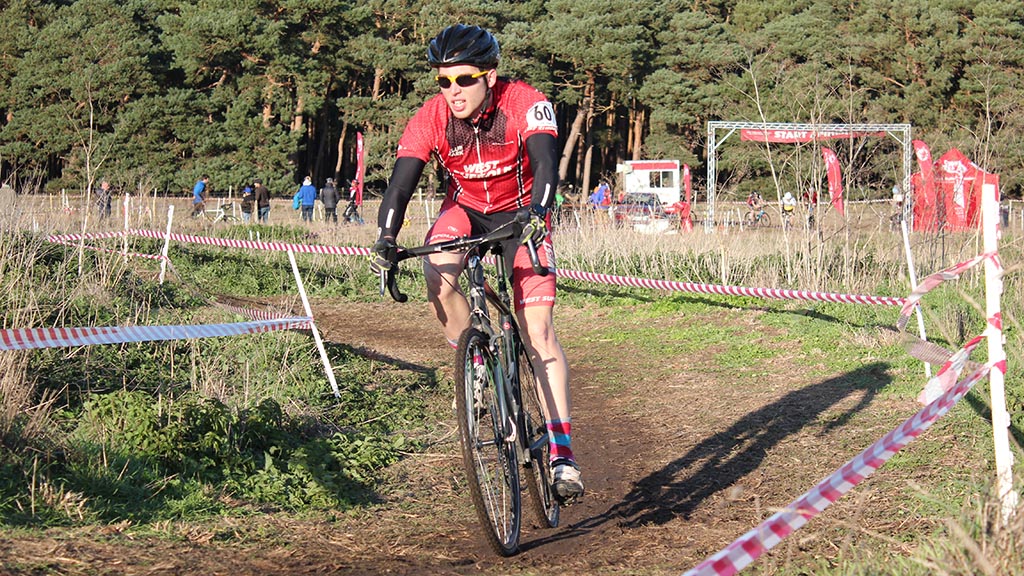 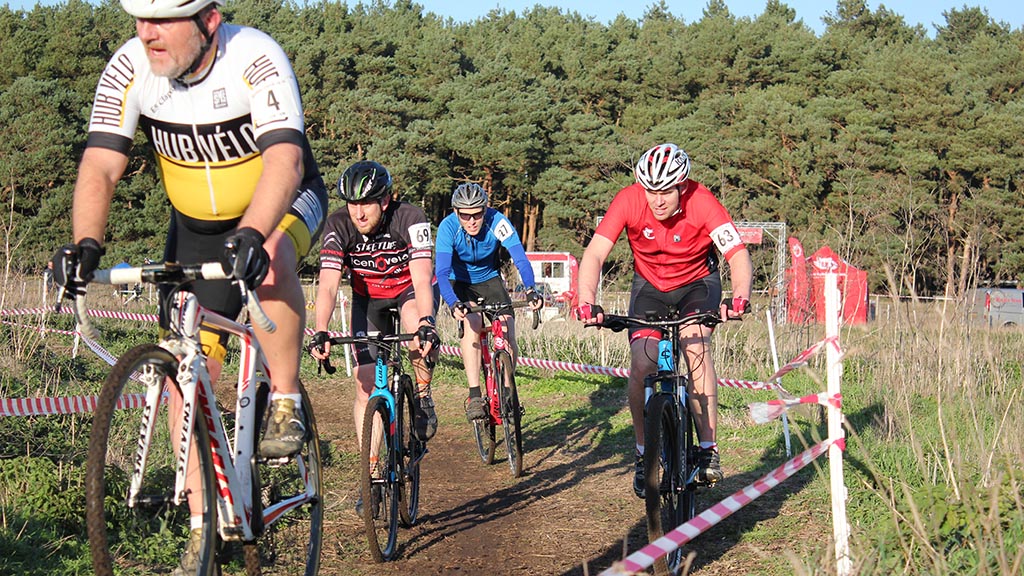 As the the sun sank below the trees the clean up got underway. In surprisingly short order the tapes, posts, planks, gazebos and banners were cleared away and the trailer loaded. Feedback from riders, British Cycling and West Stow staff has been fantastic and the event has done nothing but enhance the reputation of the club. Thanks for that must be given to the team of volunteers who made the event happen. After the bad publicity last year, organiser Giles Prime has managed to turn the disappointment of losing the Hardwick Heath site into a triumph at West Stow. He put in a real shift to make sure the event could be a success and judging by the smiles on the faces of riders, spectators and volunteers alike he certainly did. Hopefully we can build on this success and make West Stow venue the best cyclo-cross course in the East. 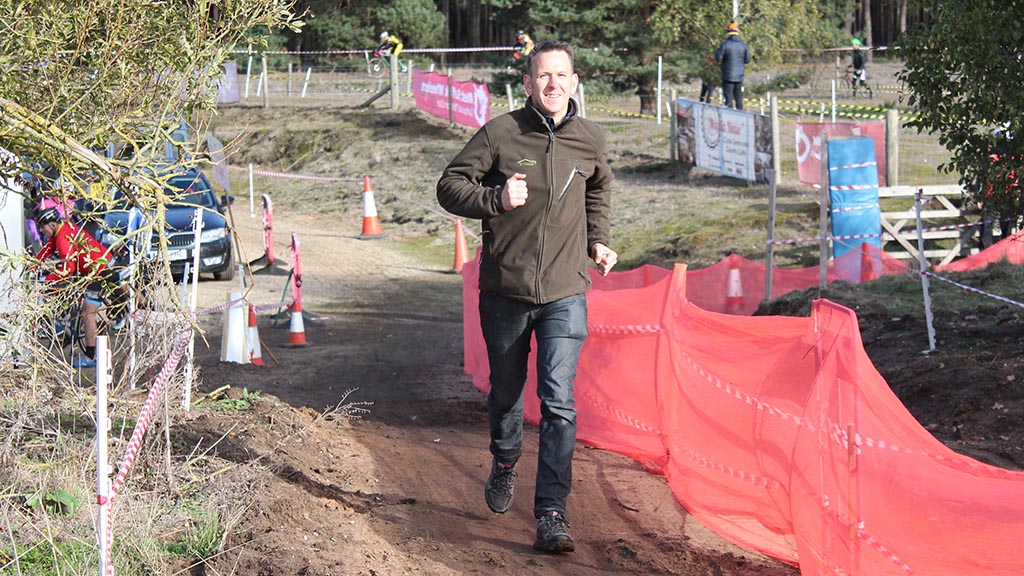 Giles Prime Making Sure the Event is Running Smoothly