Lots of Wheelers took part in the Mildenhall Triathlon festival this weekend, from the juniors to seniors, from Aquathlon, Duathlon through to full Triathlon.

A mass start for the Duathlon saw Craig Stewart as our first Wheeler in action, tackling the two 5km runs split by the 21km bike in the middle. Mr consistent, he completed both runs in exactly the same time of 22:35. A fantastic bike leg, 2nd fastest in the field, finished off a great performance to take 3rd place overall.

Shortly after the Duathlon start, the sprint Triathlon saw 4 Wheelers tackle the 300m swim, 21km bike and 5km run. Helen Samuel made the decision early doors not to take on the run due to injury but was pleased to use the event as a training exercise and improved on last year’s split times for the swim and bike legs.

Reverse roles for Ray and Julie Reeves this weekend with Ray (and Luna) supporting, whilst Julie took on the challenge. Julie was able to capitalise on a great swim time and finished as a top 10 female.

Not finished there, again, the Wheelers were punching well above their weight claiming both top spots for the women and men. Angela Joiner-Handy was on the top of the podium for the ladies in a superb time of 1:07:49. Pip Moore claimed the overall win in a time of 58:52.

In the middle of all of these great performances, 2 of our juniors were able to start and finish their Aquathlons. Ella Stewart, our youngest Wheeler, was again on the podium in commendable 2nd place. In direct contrast to Kimbolton Aquathlon, where she was pipped into second place by less than a second, Isabel Moore topped the podium with a convincing win in the 9 to 10 years category. 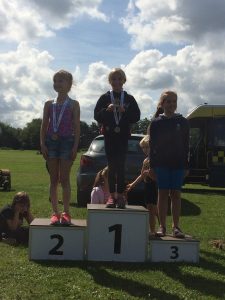 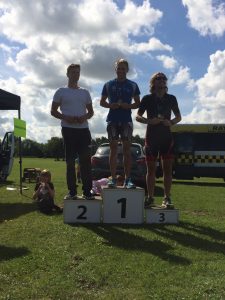 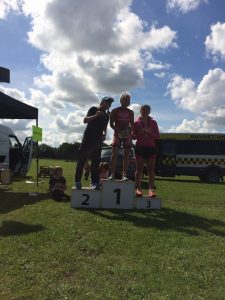 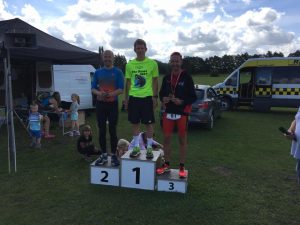 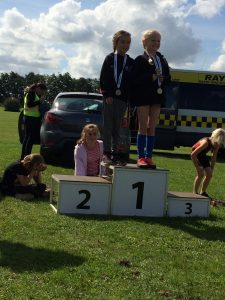