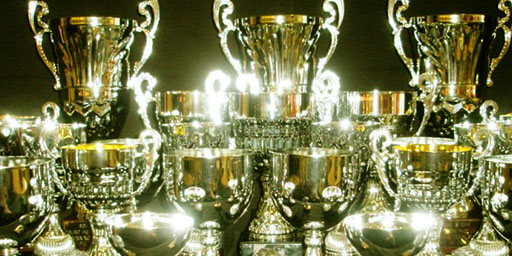 The Hoxley Cup is awarded for Triathlon Achievement as voted for by the members, so check the list below and email your vote to triathlon@westsuffolkwheelers.org

The Triathlon committee have made six nominations that highlight some of the amazing achievements that have been posted by our members in the name of club and country, both at home and on international duties.

The nominations (in alphabetical order) are:

The Athletes have provided a synopsis of their seasons below.

The vote is open to all members of the West Suffolk Wheelers and all votes by email to triathlon@westsuffolkwheelers.org before the deadline
10th December 2018.

My 2018 season was geared mainly towards competing in my first ever standard distance European Championships which was held in Tartu, Estonia in July. I went into this race in relatively good form, having come second lady at the Culford sprint triathlon, 1st in my age group at Fritton sprint triathlon and 3rd lady overall at Fritton super sprint triathlon in the months leading up to the Euro Champs. However a disappointing run leg at the Euro Champs meant I finished slower than I had hoped. I bounced back from this disappointment by racing at St Neots in August to qualify for next years Euro Champs, so I have a chance to improve.

Bronze medal in the European Powerman Championships 45-49. This was a roller coaster m. Very sadly the day before I flew my Mum passed away suddenly from cancer. So I knew I had to get a medal in her memory. What better way to focus every part of you than to race!

World Duathlon Standard bronze medal by 8 seconds – I fought hard for this catching bronze in the last few minutes – 28 athletes took part I was over 2 minutes ahead on the first run but hadn’t done enough on the bike in terms of training, so I knew it was a case on hanging on and damage limitation. Dropped to 6th on bike, but knew if I could run my usual pace, I could make that time up for a medal. It was closer than I anticipated though lol!! Ran the quickest last leg and first leg.

Two days later I took part in the sprint Duathlon and got bronze by 18 seconds and only that off gold. I was the oldest in this age group too! Again around 28 athletes in this race. My legs took a little while to feel ok after he Standard race, however, I knew I jus needed to stay with the leading girls. Only my second sprint and not the best transition, they were out and gone. This is a draft legal race so I knew I had to put an effort in to make up the 150m and get back on the pack, which I did. I then drafted like a pro lol! I lost 20 seconds when my shoe came off my bike in second transition, and had to go and collect it. I think with cleaner transitions, I could have maybe got gold, but this race was only a back up plan in case I didn’t qualify in the standard!! Bonus! Ran the quickest last run too.

The icing on the cake was completing Wales in a Day with some of the lads! No mileage in my legs but my job as a PT helps so much. I loved this experience and what a great bunch of guys.

Wow! What an honour to be nominated. In my 60th year my aim was to challenge myself in new ways and really show that “This Girl Can” no matter what your age is:

My year started with the Mud and Mayhem Off-road Duathlon in March at Thetford Forest, it was the start of the ‘Beast from the East’, there was snow on the ground and it was so cold my water bottle actually froze on my bike! Two hours of pure slog and I was happy to complete the course. Next should have been some duathlon qualifiers but the weather cancelled these and I couldn’t do the re-scheduled dates. Mud, Sweat and Gears MTB race at Hadleigh Park next, seemed like a good idea at the time! Baptism of fire on a challenging and sapping course, the oldest female competitor and a finish just off the podium!

During all of this I’m desperately trying to improve my swimming, as at the back of my mind was the European Sprint Triathlon Championship in Glasgow (which I’d qualified for last year). Consequently, next on my list was a 10km Swimrun event at Peterborough which consisted of 5 swims and 6 runs continuously, i.e. you swim in whatever you run in, including shoes, no transitions! I loved everything about this event and have no idea where I came! Next up was the 1 mile Great East Swim, no problem for most triathletes but a big challenge for me; I was pleased with my 39 minutes.

Parkrun on my 60th birthday in Leamington Spa and Glasgow loomed: Last wave in the water after a three hour wait and my tummy doing somersaults all through the swim, not my finest hour in the water but a deep appreciation for the triathletes who put themselves through this on a regular basis; no podium but a finisher’s medal which means so much to me personally.

The European Multisport Championships in Ibiza was last on my list of ’60th’ challenges and the Sprint Duathlon certainly threw up some interesting moments; 6th in my age group and my fastest bike average to date.

There are more able and talented triathletes and duathletes in the club but I wanted to put this together to show that age is just a number, that you can go on improving and challenging yourself regardless of gender or ability.

Thank you for the nomination. Just a quick rundown on my results for the standard distance duathlon in my age group (65-69) in 2018,

The World and the European Championships were my main aims this year.

I performed above my expectations in the World Championships, as I was lacking training due to having a dose of flu earlier in the year. This affect my cycling which was just so up and down over the year, not knowing how I would feel while racing.

The Europeans went my way with 2nd place improving my 3rd place finish of last year and being another year older, I gave my all in this race with nothing left, but I was so close to the Frenchman who won Gold, maybe next year?

My running through out the year was ok, the championship duathlons taking priority. I took part in the evening time trials, which I had mixed results in, mostly slow, I just could not get my legs turning. I did one triathlon (Sudbury Sprint) my swimming was an embarrassment, bike and run a great deal better, next year I just might have another go.

The season started with the double ITU World Championship draft legal qualifier at Eton Dorney. This was the first of the 3 qualifiers and due to it being a well-established race, was a really tough field. Out on the run, lack of run training really told, but at least I managed to finish (18th in AG) and qualified for the ITU World Championships on the Gold Coast.
Next up was the English National Aquathlon Championships in Peterborough, which ended up being a none wetsuit swim, Carrying another running injury I was concerned I wouldn’t finish, but I did – just! and I placed 9th in the most contested female AG.

October 2018 saw my third and last race of the season at the ETU Aquathlon Championships in Ibiza. Again another none wetsuit swim, with the competitors being taken out on a boat to the middle of the bay with very loud (& Bizarre – Loveboat anyone?) music blasting to then swim back to the marina and run along the seafront past iconic places such as Café Del Mar and finishing at sunset. Again my lack of running and injury told on the run, but I ran as well as I could’ve hoped for to finish 21st in my AG in Europe, again in the strongest AG (the female overall winner was from the AG) and now need to spend the winter in the gym…

It’s an honour to be nominated.

Year not helped with missing a buoy at Grafman middle distance triathlon and a puncture European standard distance duathlon championships.

The vote is open to all members of the West Suffolk Wheelers.

All votes by email before the deadline 10th December 2018.