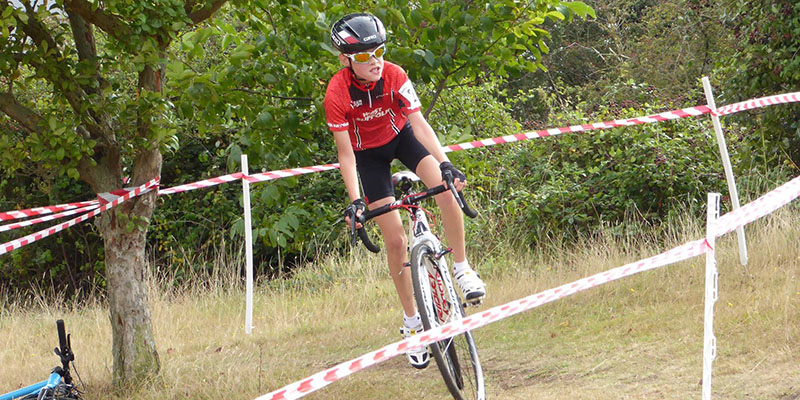 The West Suffolk Cyclo Cross Crew were out in force at the third event of the league season last Sunday at the excellent Hillyfields venue in Colchester with no less than 17 representatives.

Caris Gregory came 18th in the U10 race and was second placed U8 girl, with cousin Lucas Denny 22nd, both just six years old. Harley Gregory rode well to 4th place in the U12s, whilst Oliver Griggs was 36th in the U14/U16 race, with Megan Free riding gamely on after a tumble in 60th.

Tracey Griggs came 17th in the Womens race. Barry Denny failed to get in the over 50 race as 8th reserve, and joined Harry Shingleton in the Junior/Senior race against all the quick boys. Harry was considerably delayed by a puncture and Barry suffered a broken spoke, finishing 69th and 66th respectively