The promised day-long rain stayed away, but the 366 racers that ignored the forecast and started the 2017 West Suffolk Cross weren’t spared the mud. A couple of heavy showers in the morning session made for slick conditions on the 1.7 mile circuit of Hardwick Heath and plenty of spills.

After the early morning efforts of the set-up crew, the course looked fantastic as the racing got underway with the Under 10s. Immediately there was a home win on the board as once again Caris Gregory of the Wheelers led home both the Under 8 girls and the Under 8 boys winner Daniel Elliott (Welwyn Wheelers). Isabel Beale of Lee Valley took the win in the Under 10 girls, with brother Oliver taking the Under 10 boys title. 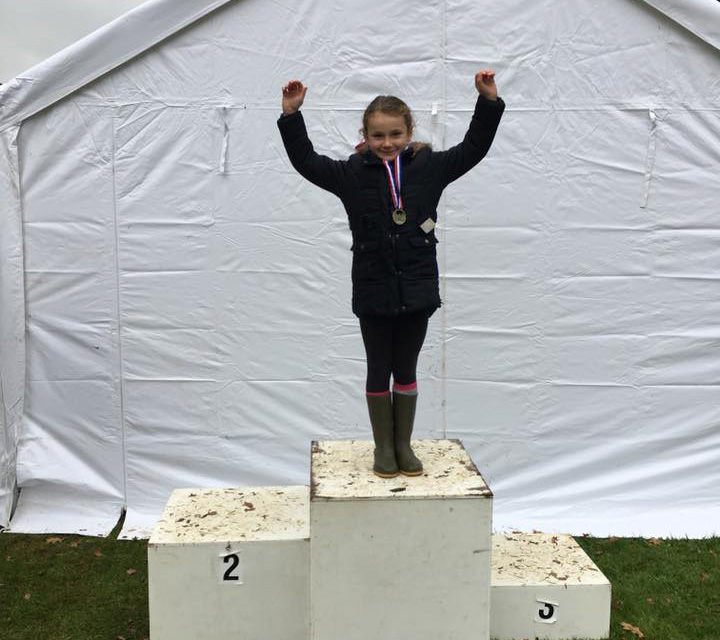 Caris Gregory Wins the Under 8s

Harley Gregory kept up the home team’s great start with a fine win in the Under 12 boys race, 12 seconds ahead of his nearest rival Dylan Starkey (Welwyn). But for a slip in the last few hundred yards the impressive Florence Barnett would have led them all home; in the end the Kings Lynn rider crossed the line just 4 seconds behind Harley and easily won the Under 12 girls. 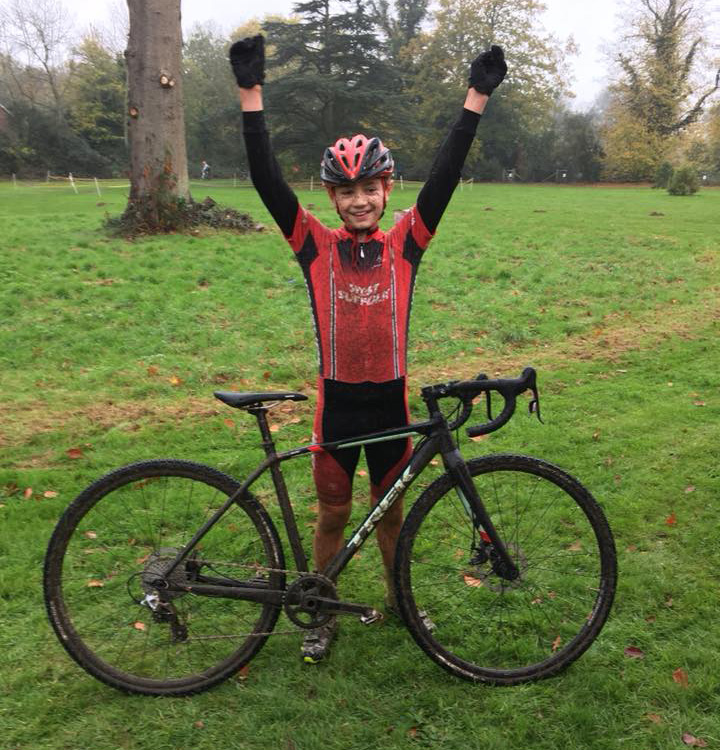 By now the rain had made itself felt and traction became difficult on the twisty course. With 78 riders in the Youth/Under 14 race, Wheelers Matthew Waller, Charlie Knowler and Megan Free held on to complete the course, but it was Joe Kiely of Welwyn Wheelers that dominated the Youth race, 1:16 ahead of second place Adam Lightfoot (CC Ashwell) and Alex Dale (lee Valley) who fought out a tight finish for the podium places. Euan Woodliffe made it a double for Welwyn taking the Under 14 boys, while Charlotte-Louise McGreevy (LIV AWOL) and Anoushka Minale (Hub Vélo) took the Youth and Under 14 girls races respectively.

Barry Denny showed true grit and no little skill in finishing 5th in the Vet 60+. Not far behind him on the course was David Griggs, Nick Rush and Paul Sawyer all in the Vet 50+ category. After fighting hard to stay on Barry’s wheel on the first lap, Adi Grimwood’s tyres parted company with the ground and the resulting heavy fall ended his race early.

At the front of the field, Wheelers Mike Bowen and Paul Watson had great pace throughout the race, but Mike was pipped on the line by Richard Muchmore (Renvale RT) who overhauled him on the last lap to take the final podium spot. Paul finished just behind them in 6th and a little further back, but still on the same lap as the leaders, Ian Mortlock posted his best finish of the season so far. The Vet 50+ race was won by Jimmy Piper (MS Society), Vet 60+ by Geoff Bores (Ford CC), Women/Junior by Lauren Higham (LIV AWOL) and Women/Vet by Joanne Newstead (XRT-Elmy Cycles).

During the afternoon session the course continued to provide a serious challenge, but that didn’t stop Matt Denny from enjoying a strong 25th place. Muddy sections through the trees caused real trouble for some riders; those riders who’ve embraced disk brakes and 1x chainrings having a distinct advantage as mud clogged the frames of those still racing with canti’ brakes. Matt Shingleton was still in touch with Mat Denny when a broken rear mech ended his race on the fourth lap. At the front of the race the leaders were bossing the conditions for a tight finish on the line with Nathan Millar (Derby Mercury RC) winning out over Ben Lewis (Forest Side Riders). 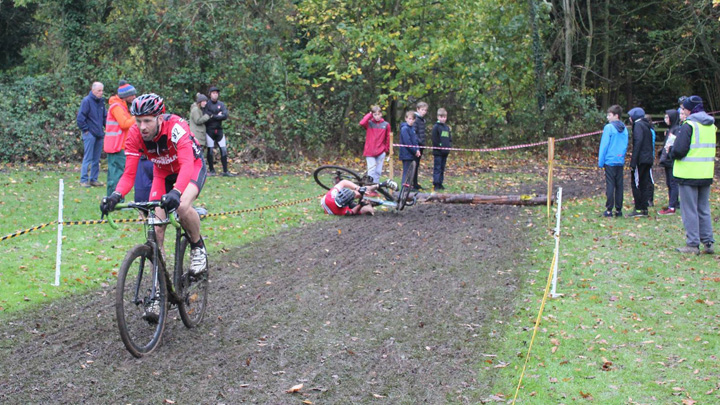 The final race of the day was the hour long Senior/Junior event. Strength and skill was much in evidence as the leaders made light of the slippy surface on the grassy sections and the deepening mud through the trees. Stephen James of Renvale RT took the win for the Seniors and Cameron Hurst (XRT-Elmy Cycles) picked up the Junior race victory. Only two Wheelers in this category; sadly Oliver Ingwall King was a DNF, but Harry Shingleton showed great determination to keep pushing to the end. His skills as a runner were put to good use, opting to run where the mud was deepest and overtaking riders in the process. 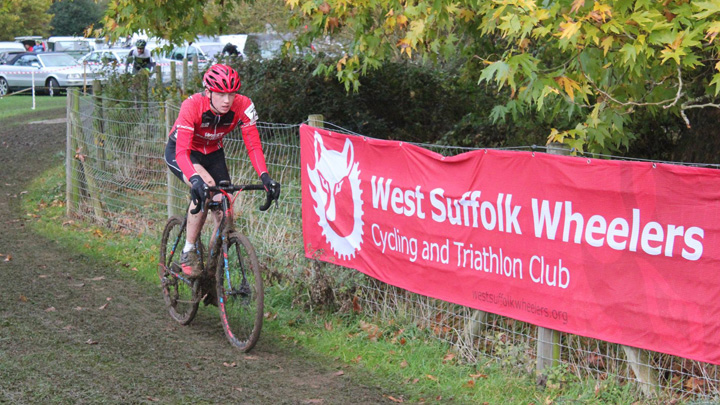 Of course the biggest plaudits for the day must go to organiser Giles Prime. He has put in an amazing effort to manage the logistics of what is a major event – devoting an enormous amount of his time and doing it all with a smile on his face. Thanks also must go to all the volunteers who made the time to help on both Friday and Saturday. These events cannot exist without the help of members, so to all those who turn out regularly to help deliver the best cycling and triathlon events in the region, give yourselves a big pat on the back.