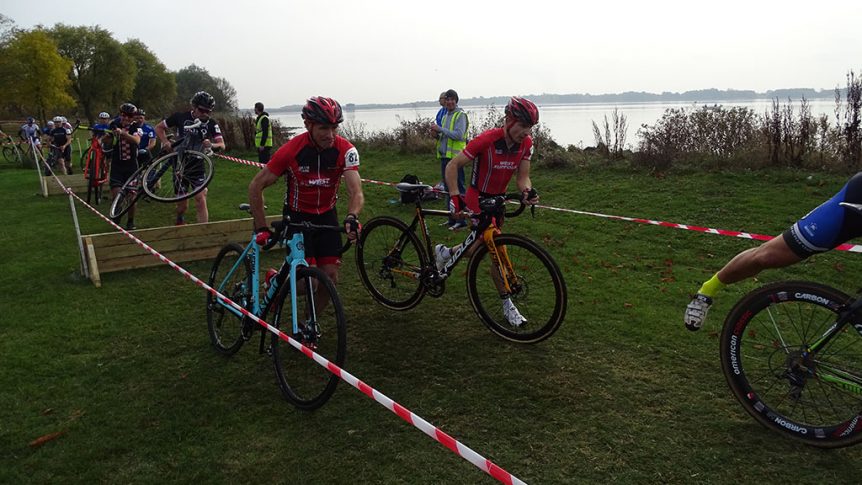 Cyclo Cross is probably the fastest growing branch of cycle sport at the moment and West Suffolk Wheelers members are certainly part of that growth within the Eastern Cross League, which runs from September to January. We’ve now had 14 events from a total of 17, with scores from each competitor’s best ten rides counting towards the season’s overall result. No less than 31 WSW members have taken part in the series, with events all over the region almost every weekend.

Our highest placed rider in the adult races is Mike Bowen currently laying 2nd in the over 50s, with Paul Watson 5th and Peter Golding 12th (2nd in the over 60 category). Regular scorers in that race include Dave Griggs, Barry Denny, Adi Grimwood and Paul Chapman in his first season of cycle sport. Our biggest contingent is in the 40-49 race, with Matt Denny currently the highest placed in 12th, followed by Matt Shingleton, Richard Stiff, Giles Prime and Stu Grand. Our only female adult has been Tracey Griggs who has raced in every event so far, currently laying  6th in the Vet Ladies section and Harry Shingleton our only Junior showing notable improvement each week.

The youngsters are also doing us proud with Oliver Griggs going well in the U14s along with Megan Free gaining confidence in her first season. Harley Gregory is currently laying 5th in the U12s, with his sister Caris leading the U8 girls, chased home most weeks by her cousin Lucas Denny, with Sophie Griggs also regularly racing in the U10s.

There is also a team competition which is based on each club’s best three riders each week, and it’s good to report that we are currently laying 8th from a total of 40 clubs that have scored.

Remaining meetings for anyone wanting to ride or support our riders are as follows: