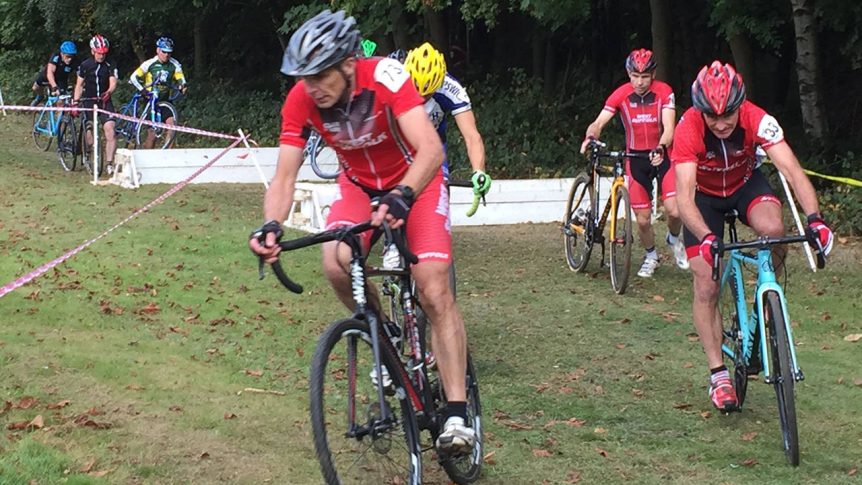 West Suffolk members have been really busy Cyclo Crossing so far this season with no less than 20 members having participated in the seven events to date in the Eastern League.

Most notable has been Mike Bowen, now in the 50+ race, with one win and 5 good placings from 7 rides, and currently highest placed rider on average score. Paul Watson has had two excellent results in this race and David Griggs has improved significantly, but dislocated his thumb at the most recent event. His wife Tracey has also improved  enormously with seven finishes from seven rides and currently lies second in the Vet Womens league. Peter Golding has now moved into the 60+ group and leads that section, with Barry Denny trying hard  not to get lapped.

Hard training is certainly paying off for Matt Denny, who has moved from mid-field placings in the 40+ race last year to his best result to date at the Ashwell event with a ninth place, which will see him move up in the gridding positions at the start of each race. Stu Grand, Giles Prime, Matt Shingleton and Richard Stiff have also been racing competitively in this section, with Scott Williams and Harry Shingleton representing the club in the Snr/Jnr race, joined by Adi Grimwood at one of the Colchester events, as a result of the age-category events being over-subscribed most weeks and some riders having to ‘overflow’.

Oliver Griggs has been riding well in the U14/16 events, joined by Megan Free in her first season of competitive riding. Harley Gregory has had some good rides in the U12 race, with Sophie Griggs in the U10, in which Caris  Gregory has been in the medals in  the U8s section, with her cousin Lucas Denny also racing enthusiastically.

There’s still another 11 events to run, including the West Suffolk promotion at Hardwick Heath on November 5th, so there’s still much more fun to be enjoyed.