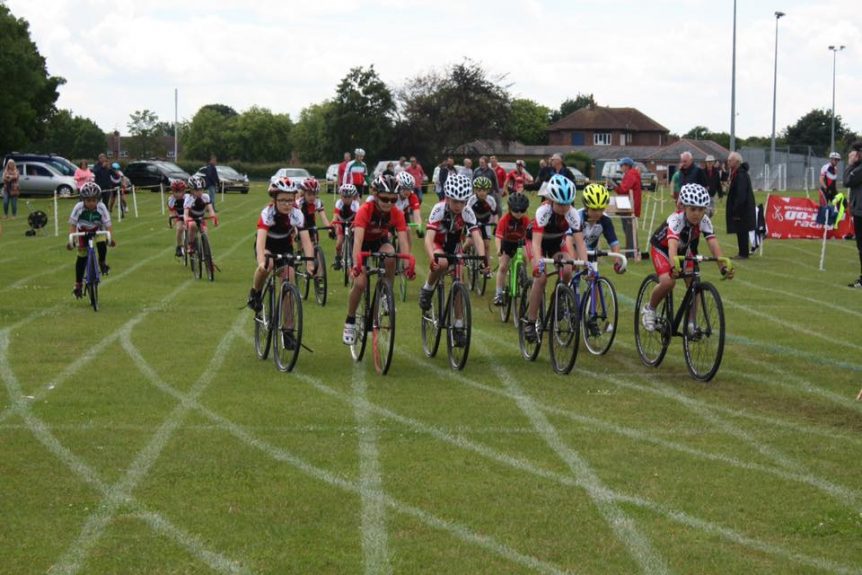 Showery weather was the order of the day at the Colchester Grass Track, but it didn’t detract from a great afternoon’s racing, dominated by events for youngsters, 40 or more in total and all on fixed-wheel, largely in Colchester colours as a result of their weekly race sessions. Harley Gregory was second in the Under 10 omnium, beaten this week by Bradley Taylor from the home club, whose sister Jodie won the U12 overall. Caris Gregory made her debut on fixed in the U8s and determined riding saw her win the Girls Omnium and with it the Eastern Counties championship for U8 Girls! There was good competition in the Senior Mens, with Tom Roper just pipping National Champion Mitch Powell in the exciting 8k, whilst the Women’s entry comprised seven riders, with reluctant starter Nicole Gregory surprising herself by getting 3rdoverall in the omnium.